Wow! We can’t believe how fast the time is going

We are now in South Island, which is starting to get colder (even Stuart has had to put on his leggings and jacket).

The views are more spectacular we especially liked the views on the ferry from the North Island to the South Island.

The mountain views and long valleys are “same, same but different” as the UK (an Asian saying) with the dwellings making the biggest difference.

We have travelled across the top of the Island and have made it to the west coast and plan to travel down this hilly coast to some glaciers mid week before going to Queenstown.

We’re hoping the weather will improve because as we write this it is a cold, wet, windy day in Greymouth.

A small crowd gathered on the beach for sunset at Greymouth

See I told you she was an Alien. 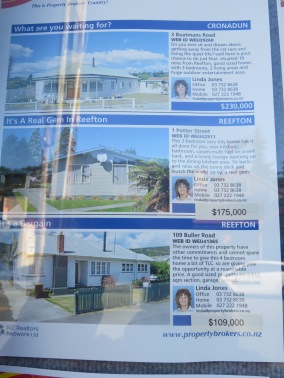 Gary was bought up in highfield, but in Hemel Hempstead

Ginette taking a break, come on Stu giddy up. 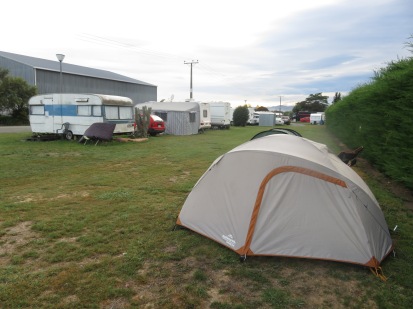 As Gary now looks like a tramp we decided to camp next to some real ones, see the old mattresses and knackered caravan 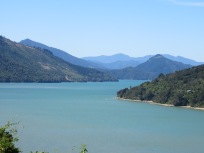 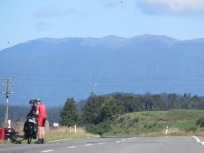 A flat ride to Greymouth with mountains close by. 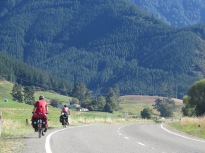 Gary trailing behind again, but at least I get to take these pictures 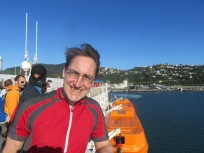 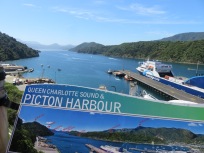 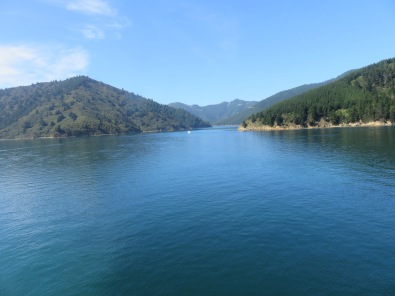 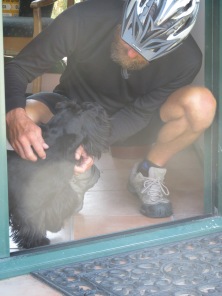 Gary and his twin dog, check out the beards 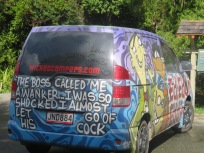 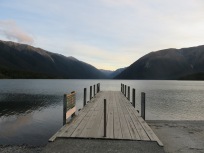 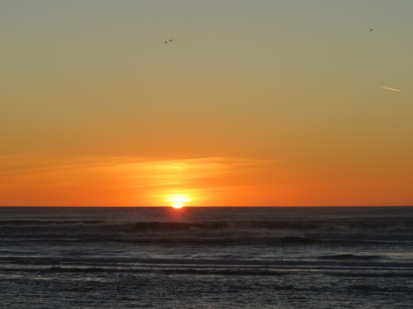 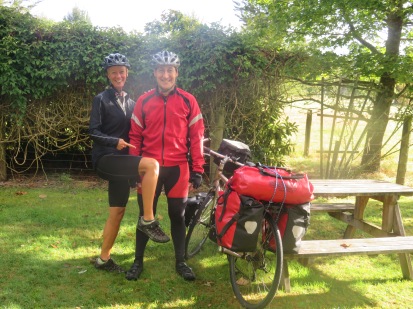 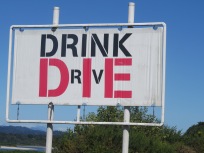 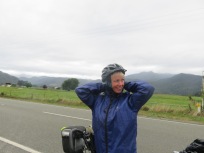 A cold wet day but still time to smile 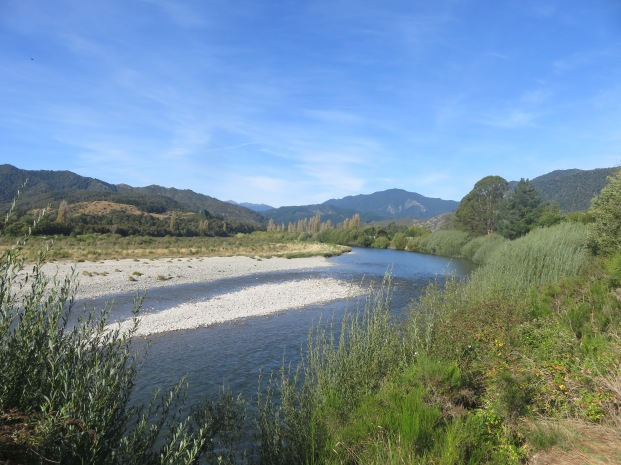 3 thoughts on “Week 4 in New Zealand”